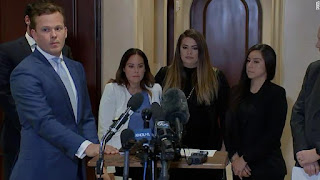 Houston (CNN)Three former and current Harris County deputy constables allege they were being sexually exploited, molested and harassed by their superiors while assigned to a human trafficking task force, according to a federal civil lawsuit filed Monday.

The female officers -- Liz Gomez, Marissa Sanchez and Felecia McKinney -- claim they were rookie deputies when they were "handpicked" for undercover operations, "molested and traumatized by their intoxicated male commanding officers for their own sexual gratification," the lawsuit says.
And when the deputies reported the abuse to supervisors, the lawsuit alleges they were ridiculed, retaliated against and reassigned to less prestigious duties.
Read more here
Posted by Gladiator at 3:11 PM No comments: 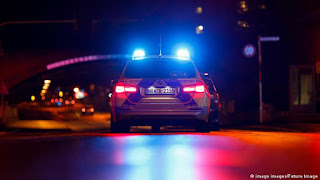 After months of investigation, German police have busted the "Boystown" child sex abuse platform with over 400,000 members. Four German men have been arrested.

Authorities in Germany managed to take down one of the world's biggest child sex abuse platforms following a large-scale investigation which led to several arrests in mid-April, a police statement confirmed on Monday.

The platform "Boystown" was active since at least June 2019 and had a membership of over 400,000. It was only accessible via the so-called darknet.

Four German citizens between the ages of 40 and 64 were detained in relation to the case, three on suspicion of working as administrators for the platform — one of whom was arrested in Paraguay. Another man was taken in under suspicion of being a registered member and the platform's most active user, having contributed more than 3,500 posts.

Posted by Gladiator at 12:28 PM No comments: