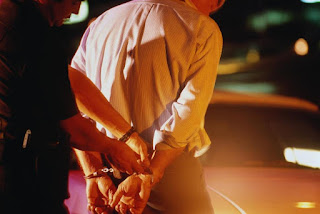 A cancer surgeon, a teacher, a pediatrician, an Air Force veteran, a retired police officer and a colonel in the Marine Corps were among the nearly 300 people arrested in Florida in a massive prostitution sting, police say.

The undercover human trafficking operation, which was called "Operation No Tricks, No Treats" and ran from Oct. 10-15, netted 277 people, according to a press release from the Polk County Sheriff's Office.

From US News And World Report


Posted by Gladiator at 8:44 AM No comments: 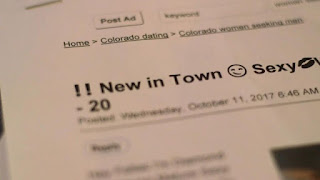 he FBI announced 84 underage victims and 120 traffickers were arrested from Oct. 12-15 as part of the annual human trafficking sting Operation Cross County XI.


The average age of the victims was 15 years old and the youngest was a three-month-old infant.

“Unfortunately, the number of traffickers arrested—and the number of children recovered—reinforces why we need to continue to do this important work,” FBI Director Christopher Wray said in a statement.

One of the most egregious cases involved a three-month-old girl and her 5-year-old sister. A friend who was staying with the family offered to sell them both for sex to an undercover agent from FBI’s Denver office for $600.

Read more from FoxNews
Posted by Gladiator at 8:35 AM No comments:

Timothy King, Jesse McMinn and Tabitha Banks were arrested during the operation at a Holiday Inn in Knoxville at 9143 Executive Park Drive.

Investigators found an advertisement on Backpage.com. After contacting McMinn, an undercover detective made an appointment for a “two girl special.”

A Pennsylvania man in the area on business gave $200 to a woman, which he thought was the price to have sex with her 14- and 15-year-old daughters.

It was actually a set-up by federal and local authorities, and on Friday, 38-year-old Shane R. Lewis of Kennett Square, Pennsylvania, was sentenced to six years in prison by Kane County Associate Judge Linda Abrahamson, according to the Kane County state’s attorney’s office.

On Jan. 8, 2015, Lewis, in DuPage County on business, went to a hotel in Aurora “with the intent to pay to have sex with what he believed would be a 14-year-old girl and a 15-year-old girl,” a statement from prosecutors said.

Read more from the Chicago Sun Times
Posted by Gladiator at 12:10 AM No comments: 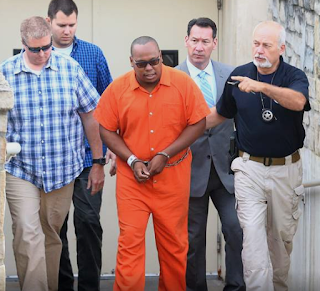 Comments
Federal authorities detained a third Toledo pastor charged with sex trafficking of a juvenile one day after the man took to social media to profess apologies, affirm a desire to please God, and a pledge to resist people who want to “tear” him down.

In an affidavit filed in federal court Thursday, an FBI agent stated a victim told investigators she met Mr. Butler at Mr. Haynes' church when she was 15, and the two of them had sex when she was 16 on at least two occasions.

More from Ohio's Toledo Blade
Posted by Gladiator at 12:00 AM No comments: