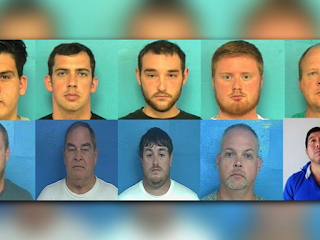 KINGSPORT - A Sullivan North Middle School coach, a youth leader and others are facing felony charges after the Tennessee Bureau of Investigation and the Kingsport Police Department announced results from a Human Trafficking investigation.

TBI Director Mark Gwyn said 11 men face felony charges in Kingsport. The operation, called "Someone Like Me," is the 10th of its kind in the State of Tennessee.

Special Agents with the Tennessee Bureau of Investigation along with the Kingsport Police Department, 2nd Judicial District Drug Task Force, Sullivan County District Attorney’s Office, and Homeland Security Investigations conducted the undercover operation to identify potential victims of trafficking and arrest those seeking to purchase illicit sex from a juvenile. 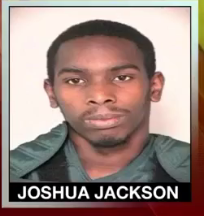 A Houston man arrested last year in connection with a human trafficking investigation in Wichita Falls is sentenced to 156 months in federal prison for promoting prostitution, cyber stalking and firearms charges.

29-year-old Joshua William Jackson was arrested in Wichita Falls in April in 2016 after SWAT and Homeland Security Officers raided a home at the corner of 9th and Kemp.
According to the federal arrest affidavit, we obtained ATF Agents found two handguns in his bedroom.

ATF Officers also say the North Texas Trafficking Task Force told them a woman accused Jackson of using force and coercion to get her to engage in prostitution around Texas.

Read more from Texoma
Posted by Gladiator at 5:20 AM No comments: 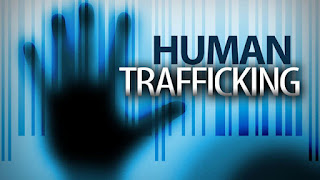 KINGSPORT, Tenn. (AP) - Eleven men in Tennessee - including a church youth leader and a coach - have been arrested as part of a human trafficking operation sting.

The Tennessee Bureau of Investigation announced in a statement Tuesday that the Kingsport-based anti-trafficking operation called "Operation Someone Like Me" took place July 31 through Aug. 3. The TBI partnered with several agencies, including the Kingsport Police Department and Homeland Securities Investigations, to conduct the operation.

Read more from Chattanooga Tennessee WRCBtv.com
Posted by Gladiator at 5:09 AM No comments:

CBS News reports that in

ROME -- A 30-year-old man has been arrested in the alleged kidnapping of a young British model who thought she was traveling to Milan for a photo shoot, but instead was drugged, stuffed into a suitcase and handcuffed inside a home in northern Italy before being released, Milan police announced Saturday.

Police identified the suspect as Lukasz Pawel Herba, a Polish citizen with British residency. They said he was jailed for investigation of suspected kidnapping for extortion purposes.

Posted by Gladiator at 2:58 PM No comments:

Jury Convicts Pair For Sex Trafficking Of Children In Ohio

CLEVELAND — A man in prison for child rape and an Ohio woman were convicted Friday in Cleveland of dozens of counts related to the sex trafficking of children as young as 9 years old.

The jury convicted Andre Boynton, 42, and Anika George, 39, of North Royalton, on charges that include human trafficking, conspiracy and multiple counts of child rape and child pornography, a news release said.  They are scheduled to be sentenced Aug. 25. George’s attorney declined to comment Saturday. Boynton’s attorney did return telephone messages seeking comment.

Read more from Ohio Fox8
Posted by Gladiator at 2:52 PM No comments: