Posted by Gladiator at 2:40 PM No comments: 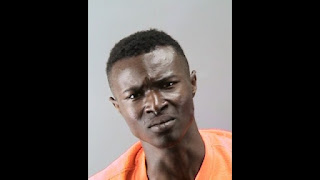 On April 8, around 1:30 a.m. a group of suspects allegedly forced the victim into a vehicle near 20th and Shotwell streets, according to police.

The suspects then took the victim to Santa Clara County, where she managed to escape and contacted authorities a short while later.

More from San Francisco FoxNews2KTVU
Posted by Gladiator at 2:29 PM No comments:


A Sacramento man was arrested on charges of human trafficking in Ventura County last week after investigators said he forced multiple victims – including minors from the Sacramento area – to engage in prostitution.

Read more here: http://www.sacbee.com/news/local/crime/article207574189.html#storylink=cpy
James Powell, 31, was arrested on suspicion of human trafficking after an investigation into the whereabouts of a missing Citrus Heights teen led detectives to the discovery of several victims in the Camarillo area. Powell was booked into the Ventura County jail and his bail was set at $510,000. Ventura County Sheriff's Department
More from SacramentoBee

Authorities say 36-year-old Erin Graham, Jr. took two women from Wisconsin to Virginia and forced them into prostitution in June of 2016.