Human Trafficking Becoming A Growing Concern In Fort Worth 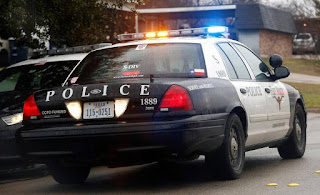 City Council members learned Tuesday that Dallas/Fort Worth and Houston are the two Texas metro areas with the highest numbers of human-trafficking cases.

“Human trafficking is an issue,” said Ken Dean, assistant police chief. “It’s very rare you find just one victim. We have our fair share when it come to the numbers of human-trafficking victims. We have plenty of work to be done.”

Human trafficking involves forcing a person or child into the sex trades or other labor, he said.

Read more from The Star Telegram

BISMARCK, N.D. (AP) — An appeals court has upheld the conviction of a man accused of sex trafficking in the Williston area.

A federal jury in 2015 found Keith Graves guilty on five counts of sex trafficking by force or coercion, and distribution of methamphetamine. It was one of the first high-profile human trafficking cases in the North Dakota oil patch.

Read more from US News

Posted by Gladiator at 5:17 AM No comments: 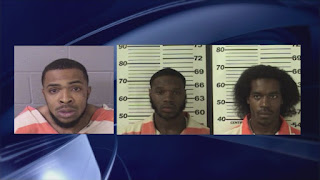 The Lea County Sheriff’s Office says Jerry Johnson, Dequante Jackson, and Toquan Yates were stopped by a deputy just outside of Hobbs on Monday for speeding.

Read more from KRQE 13
Posted by Gladiator at 5:12 AM No comments:

Prostitution, Human Trafficking Cases on the Rise in Montana

The number of human trafficking cases in Montana doubled in 2016 from the previous year, according to data from the Department of Justice.

Law enforcement said the issue of human trafficking is closely tied to prostitution, which is also growing in the state and here in the Flathead Valley. In April, seven men were cited for solicitation of prostitution after local law enforcement conducted a two-day sting operation.

Read more from the Beacon
Posted by Gladiator at 5:07 AM No comments: