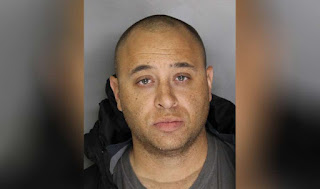 Elan Daniel Seagraves, 34, of Sacramento, was taken into custody Christmas morning on charges related to human trafficking and pimping of a minor, investigators said.

A 17-year-old girl called 911 just before 3 a.m. Monday, telling that she was a victim of sexual assault and was being forced into human trafficking, the sheriff's department said.

More from Sacramento
Posted by Gladiator at 3:57 PM No comments:

Seven Charged With Luring Victims Into Human Trafficking And Prostitution In Franklin Co. 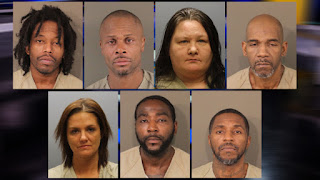 COLUMBUS (WCMH) — Seven people have been indicted by a Franklin County Grand Jury for luring victims into human trafficking and forcing them into prostitution.

Read more from NBC4i.com Columbus
Posted by Gladiator at 1:42 PM No comments: 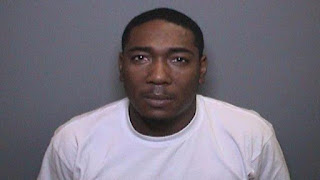 Brandon Antwan Hunter, 31, appeared in Orange County Superior Court on Monday for a scheduled preliminary hearing but instead pleaded guilty to charges of human trafficking of a minor, pimping a minor, pandering a minor and unlawful sexual intercourse, all felonies, according to court records.

Hunter, who identified himself in jail records as a producer, will be required to register as a sex offender, according to prosecutors.

More from the LA Times
Posted by Gladiator at 4:23 AM No comments: 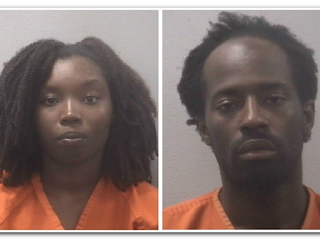 Lexington, SC (WLTX) - Two sixteen-year-old girls were rescued by the Town of Lexington Police after being discovered during a sex-traffic bust at a motel.

Officers say Twenty-Nine-year-old Donnell Woodard and Twenty-Three-year-old India Cuyler are being charged with Sex Trafficking of a Minor. Shortey, dressed in a blue suit and wearing a GPS tracking device on his left ankle, said nothing when DeGiusti ordered him back into federal custody pending sentencing. Shortey removed his jacket and tie, and federal marshals handcuffed him and led him away.

ABCNews reports
Posted by Gladiator at 5:18 AM No comments: 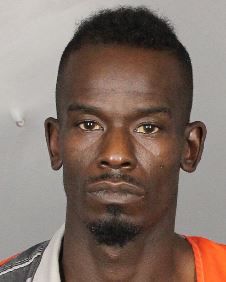 A Texas man accused of similar offenses in at least two other states was arrested on a human trafficking charge Tuesday in Waco during an undercover operation by the McLennan County Sheriff's Office.

An undercover investigator made a prostitution arrangement with a woman and agreed to meet at a local motel, according to an arrest affidavit.

While conducting surveillance, investigators saw Donquell James Allen, 29, leave the room where the woman agreed to meet and go to a car in the parking lot, the affidavit states. A detective went to the motel room and met the woman who was detained for investigation purposes.

Waco Texas Herald-Tribune reports
Posted by Gladiator at 5:05 AM No comments: