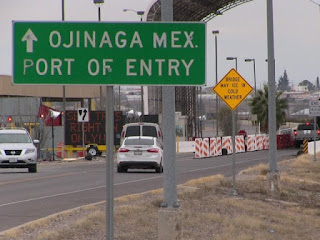 Agent Lee continued, “We have multiple Mexican cartels operating in our sector, where most sectors have one or two. Many of the criminal groups make as much or more from illegal immigration and human trafficking as they do from narcotics. They are really overwhelming our abilities ahead of President-elect Trump taking office. The cartels are swamping our Presidio station with illegal aliens. Waves are coming and they use this to divert our resources away from other stretches of the border where they can then send special interest aliens or narcotics through.”

Posted by Gladiator at 10:05 PM No comments: 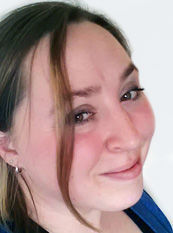 The Polaris Project’s definition of sex trafficking is the use of violence, threats, lies, debt, bondage and other forms of coercion to compel adults and children to engage in commercial sex acts against their will. 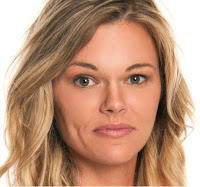 In Lincoln, the nonprofit I've Got a Name works to increase awareness of the problem and will host its year-end public celebration Dec. 1 at Berean Church, featuring music and a speech by the mother of a Lincoln girl who was trafficked.

“My goal is to say that this really is (also) a men's issue and we’ve got to change people’s mindset so that this is not acceptable,” said I’ve Got A Name founder Robert Burton. “Johns need to be prosecuted and girls need to be treated like victims.”

More from Lincoln Nebraska
Posted by Gladiator at 9:55 PM No comments:

H.B. Man, 26, Gets Over 14 Years In Prison For Trafficking And Having Sex With Teenage Girl

A 26-year-old Huntington Beach man pleaded guilty and was sentenced this month to 14 years and eight months in prison for human trafficking and engaging in sexual activities with a teenage girl.

Antonio Romano Caserta pleaded guilty Nov. 17 to four felonies, including human trafficking of a minor, unlawful sexual intercourse, committing a lewd act upon a child and dissuading a witness by force or threat, according to the Orange County district attorney's office.

In addition to his prison sentence, Caserta will have to register as a sex offender.

Read more from the LA Times
Posted by Gladiator at 9:44 PM No comments:

PROVIDENCE, R.I. — A Massachusetts man who was arrested in May for allegedly sex trafficking a minor has signed an agreement to enter a guilty plea on cocaine-related charges.

According to the plea agreement, Lewis Valenti, who was the CEO of West Kingston-based Atlantic Produce, will plead guilty to buying “less than 50 grams of cocaine” from April 2015 to May 27, 2016. Valenti, who has homes in East Greenwich and Reading, Massachusetts, turned himself in on May 30.

Read more from 12 Eyewitness News WPRI
Posted by Gladiator at 9:38 PM No comments:

By Arelis R. Hernández November 18
New legislation in Prince George’s County aims to hold landlords and property managers accountable for prostitution and human trafficking at their rental properties — the latest sign of a growing concern in an immigrant-rich corner of the Washington suburb.

County Council member Deni Taveras (D-Adelphi) proposed the bill after receiving complaints from several Langley Park-area mothers, who said units in their apartment buildings were being used as brothels and the property managers knew about it.

Washington Post reports
Posted by Gladiator at 9:56 PM No comments:

Prosecutors Aim To Stop Sex Trafficking Without Breaking The Web 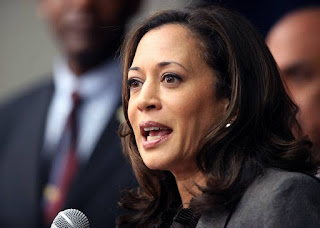 They refused. In the ensuing years, the company successfully fended off multiple lawsuits and legislation trying to shut it down.

Read more from Daily Herald
Posted by Gladiator at 9:37 PM No comments: 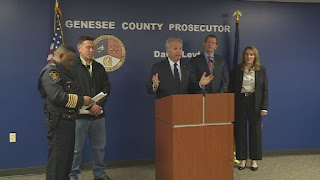 FLINT — The Genesee County Prosecutor David Leyton says it's one of the worst cases of human trafficking he's ever see.

"All four of the victims alleged that Darryl and Chavez Miller induced, persuaded, encouraged, the women to become prostitutes through their acts of violence against them," Leyton said. "Beating them, choking them, stunning them, stabbing them with needles, and paying them with drugs."

Read more from NBC25 News
Posted by Gladiator at 12:59 AM No comments: 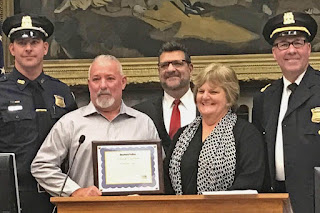 A house owned by a mobster’s wife was a human trafficking hot spot in a quiet Brighton neighborhood until one eagle-eyed resident dropped the dime that led to 16 arrests and 10 women being set free, officials said.

“It was just a matter of kind of being nosy, I guess,” longtime Brooks Street resident Kenneth Cutler told the Herald about his alerting police this summer to a house across the street where people were constantly looking for “massages.”

“It cannot be understated that Mr. Cutler’s actions may very well have saved the lives of these young women,” Burns said yesterday at a City Council meeting where police and councilors presented Cutler with a commendation.

Read more from The Boston Herald
Posted by Gladiator at 12:47 AM No comments:

Trucker Accused Of Keeping Women As Sex Slaves Gets 20 Years 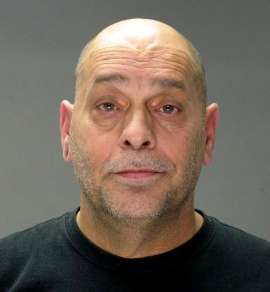 SALT LAKE CITY — A Utah trucker who pleaded guilty to keeping women as sex slaves in his semi-trailer as he drove across the country was sentenced Wednesday to 20 years in prison.

Timothy Jay Vafeades, 56, sexually assaulted and brutally beat the victims almost daily after trapping them in his truck and forcibly grinding down their teeth, federal prosecutors said.

One woman told a judge that her months-long ordeal began when she got into his truck to go to dinner with him. She started to worry when realized they weren't going toward any restaurants.

"He then said, 'I got you now. You are mine,'" she said. The vampire-obsessed truck driver controlled nearly every aspect of her life, including how she used the bathroom, she said.

Posted by Gladiator at 11:42 PM No comments:

A man who was at the center of a violent trafficking ring that sold women and girls for sex throughout Virginia has been sentenced to 35 years in prison.

Maynes prostituted 55 women and girls in Alexandria, Richmond and Charlottsville, according to prosecutors.

Source: Leader of Virginia Sex Trafficking Ring Sentenced to 35 Years in Prison | NBC4 Washington http://www.nbcwashington.com/news/local/Leader-of-Virginia-Sex-Trafficking-Ring-Sentenced-to-35-Years-in-Prison-400056941.html#ixzz4PMjtML92
Follow us: @nbcwashington on Twitter | NBCWashington on Facebook
Posted by Gladiator at 2:46 PM No comments:

Ron Cooper, a youth pastor at Good News Baptist Church in Little Haiti, appeared at an arraignment hearing in Miami.

Read more from NBC6 News
Posted by Gladiator at 2:37 PM No comments:

Beall said in a news release Barry M. Johnson of Topeka pleaded guilty to one count of conspiracy.

In his plea, Johnson admitted to conspiring with co-defendants to run a Topeka-based prostitution business. The business operated in Kansas, Missouri and Nebraska, Beall said in the news release.

Read more from KWCH12
Posted by Gladiator at 2:32 PM No comments:

Pope Francis met in Rome with a unique group involved in the fight against human trafficking, where he noted the particular contributions of women religious, which often go unnoticed.

“Your activity in this area reminds us,” the Pope said Nov. 7, of ‘the enormous and often silent efforts which have been made for many years by religious congregations, especially women's congregations, to care for those wounded in their dignity and scarred by their experiences.”

Read more from  EWTN
Posted by Gladiator at 2:26 PM No comments:

7 Men Accused in Sex-Trafficking Ring in U.S. and Mexico

Continue reading the main story Share This Page
Seven men have been indicted on sex trafficking charges in what federal officials said on Tuesday was an international organization that exploited adult and underage women for more than a decade in Mexico and the United States.

All seven could face life sentences in federal court in New York on charges of conspiracy to commit sex trafficking.

Read more from The New York Times
Posted by Gladiator at 6:45 PM No comments: