FARGO, N.D. — An Illinois man was convicted in federal court Thursday on charges of conspiracy and sex trafficking five victims, one of which was a juvenile.

Read more from ICE
Posted by Gladiator at 4:59 AM No comments: 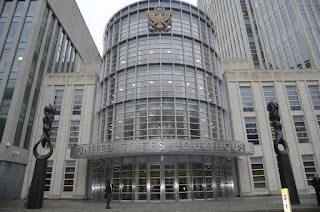 Eight members of a Mexican sex trafficking ring admitted to racketeering and other charges as Brooklyn federal prosecutors and national authorities keep up the fight against sex slavery.

Prosecutors said the members of the Rendon-Reyes Trafficking Organization forced young women from Mexico and Latin America to prostitute themselves in places like New York and Georgia.

The ring held on to the cash from johns.

During their pleas, the defendants admitted to involvement in the trafficking of nine women, two minors and the prostitution of another woman.

More from the Daily News

Posted by Gladiator at 4:51 AM No comments: 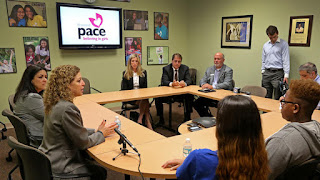 Human trafficking that ends with teens in sexual slavery is on the rise in South Florida, experts said Wednesday, warning that every family – regardless of income, education or location – could become a victim.

The chilling warning came from people who work in government, social services and the legal system. They were convened for a closed-door analysis of the problem and potential solutions by U.S. Rep. Debbie Wasserman Schultz, D-Weston.

Read more from The Sentinel
Posted by Gladiator at 3:08 PM No comments: 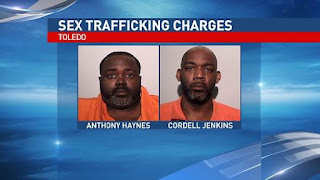 Toledo (WNWO)-- On Thursday Cordell Jenkins appeared in court for a preliminary and detention hearing; however, shortly after the hearing started Jenkins waived his right to a preliminary hearing, meaning he will remain incarcerated.

Jenkins is facing child sex trafficking charges and is listed as the founder and pastor of Abundant Life Ministries in Toledo according to the churches website.

More from  NBC24 Ohio
Posted by Gladiator at 2:53 PM No comments: 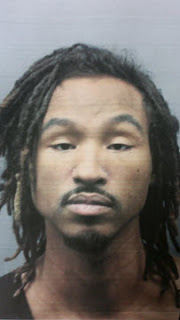 Michigan Attorney General Bill Schuette says the case resulted from a tip last December from a 15-year-old girl who claimed she was also lured into prostitution by Andrew Golden.

The teen told investigators she’d been picked up in New Jersey several weeks prior by Golden and the minor victim, Schuette said. Golden allegedly stated that he would be taking the girls to Michigan where they would be advertised online for commercial sex.


ST. CLOUD — A St. Cloud woman who pleaded guilty to sex trafficking will serve a year in jail, rather than the more than nine years in prison prosecutors were seeking.
Stearns County District Court Judge Kris Davick-Halfen sentenced 38-year-old Jade Orcena to one year in jail with the possibility of serving approximately 11 years in prison if she violates terms of her 25 year probation. Orcena must also pay a $1,000 fine and abide by several conditions outlined in her probation.

Pope Francis sent a message today to the Organisation for Security and Co-operation in Europe (OSCE)'s 17th Alliance against Trafficking in Persons Conference, taking place in Vienna. The message was read by Fr Michael Czerny SJ, Under-secretary of the Migrants and Refugees Section of the Dicastery for Promoting Integral Human Development.

The Holy Father called the problem "a form of slavery, a crime against humanity, a grave violation of human rights, and an atrocious scourge" and said that in some instances, "evidence brings one to doubt the real commitment of some important players."

More from Independent Catholic News
Posted by Gladiator at 2:33 PM No comments: 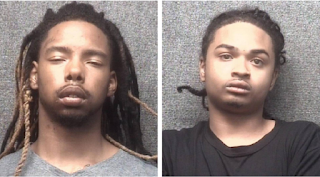 Willie Columbus Lacy, 26, and David Davell Ward, 24, were charged with trafficking in persons, recruiting, enticing, and simple possession of marijuana.

Read more from Fox8 Myrtle
Posted by Gladiator at 2:26 PM No comments: