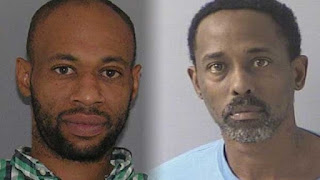 According to the indictment, Sharonville Police Department officers responded to a motel in Sharonville on April 18 following the report of a distraught girl in the business’s parking lot.

Read more from WLWT5 Ohio
Posted by Gladiator at 11:42 AM No comments: 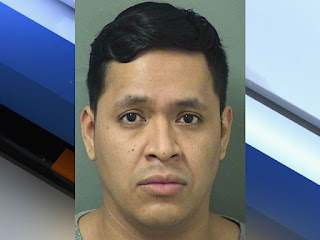 BOYNTON BEACH, Fla. - A Boynton Beach man was arrested Thursday after being federally charged for sex trafficking, producing child pornography and enticing a minor, according to the Boynton Beach Police Department.

Court records say 31-year-old Marco Vinicio Orrego prostituted a 16-year-old girl using the website Backpage.com. He provided her transportation and a hotel for the illicit activities, taking all of the proceeds to himself.

U.S. marshals and Golden police arrested a fugitive wanted in Virginia for commercial sex trafficking, production of child pornography and other felonies.

Read more from the Denver Post
Posted by Gladiator at 8:11 PM No comments:

Minnesota has the third highest number of human trafficking cases in the nation, according to the FBI

ST. PAUL, Minn. – The Minnesota Department of Transportation has announced it will be installing posters at 41 rest areas across the state to educate the public about human trafficking.

The posters include guidelines on how to recognize signs of human trafficking and potential victims, and a toll-free hotline to report any suspicious activity. 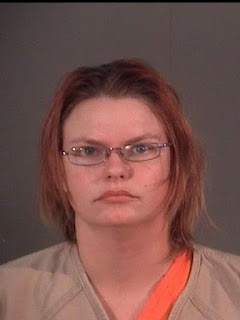 ZANESVILLE - Lori Henry's daughter was not the only 8-year-old sold into prostitution. Not in the country, not in the state, and possibly not in Muskingum County.

"I think there are other kids in the same situation everywhere," said Ron Welch, assistant prosecutor for Muskingum County.

In flat farmlands, such as Northwest Ohio, Welch said human trafficking often appears as laborers in fields, picking crops. In urban areas, they work in restaurants and nail salons.

Read more from Times Recorder
Posted by Gladiator at 7:59 PM No comments:

A Washington County judge has sentenced a Hudson, Wis., man to more than seven years in prison for his role in the sex trafficking of a homeless woman.

Adam James Krimpelbein, 32, was convicted May 24 on felony charges of aiding and abetting sex trafficking. He was one of two men accused of trying to traffic a 31-year-old woman who was listed as a missing person under civil commitment.

Read more from the Twin Cities Press
Posted by Gladiator at 5:26 AM No comments: 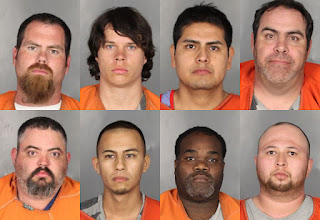 McLennan County Sheriff’s Office investigators kicked off the operation at 7:30 a.m. when detectives posted an online advertisement for prostitution. Undercover officers arraigned for meetings with men at a local motel Wednesday and quickly received 24 responses in the first hour from men interested in paying a woman for sex, McNamara said.

Read more from the Waco Herald Tribune
Posted by Gladiator at 5:19 AM No comments: